There's Always a Master and an Apprentice...and Back Again.

Yoda says, “Always two there are…a master and an apprentice,” in The Phantom Menace.
So, considering today is the cusp of new beginnings, I started thinking and considering the people that’ve touched me and the people I’ve hopefully touched.  Of course, coming up, my folks’ve been in been integral in molding me while finding my own path this year alone. 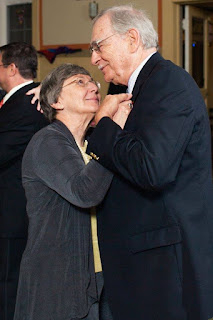 Growing up, Joey, my brother, and I were pushed to try.  Only after we proved we couldn’t do something, were we helped.  We had chores like all of our friends, and if we screwed up, which was a lot for me, we were grounded.  Anybody who knew me growing up, knows during the school year, I could be grounded for 16 weeks on and off depending on whether I tried or not.  In third grade, I met my best friend, Noe, at the CP Center during physical therapy.  He had MD, and was slowly failing.  He was pissed at the world, and took it out on everybody.  Me being the hard ass that I am, I stayed with it…including getting a pencil tattoo from him during one fight.  Eventually, he calmed down, and we settled into a brotherhood.  I was there the day he died, and he taught me how to check out with dignity. 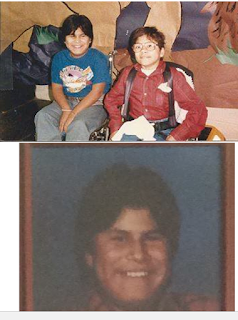 While Noe and I were friends, my sister, Kat, was born.  We’ve always been close from day one whether I was singing her to sleep at night as a baby, or I was teaching her how to walk as toddler.  Yeah, me, I crip, taught my kid sister how to walk.  I’d let her pull up on the back of my chair, and go real slow as she toddled until she didn’t need to hold on anymore.  And, yeah, we had our phase where we weren’t the best of friends and I know I’ve cramped her style once or twice…or more growing up, but we’ve always found our way back.  She was especially there when Noe died.

When my marriage was going south, Joey was in the hospital, and after 18 months, gave it up.  In life, we had a love/hate relationship.  We were as night and day as you can get.  I didn’t get him more often than not with his passive-aggressiveness to my aggressiveness.  I thought he was childish.  I was wrong, I was the one that was childish…he was child-like.  There’s a difference, y’all.  I didn’t learn that until the last 18 months of his life.  Lesson in death # 2. 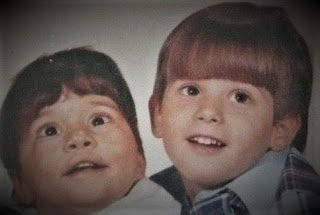 The summer of the year Joey died, I met Joey.  We’ve been together ever since…17.5 years together, 14.5 married.  She’s been with me through my demons and high points.  She’s seen me an atheist to an agnostic to a believer, and helped me remain so.  We’ve been through so much shit, and have come out on the other side. 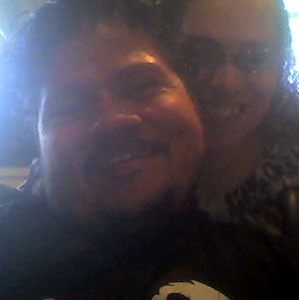 When I worked at the office, I was asked by a teacher friend patient to mentor one of her kids in her class.  He was in a wheelchair with skeletal deformities of his legs mainly, and she thought it’d be cool that we meet, so he might have someone to look up to.  I went to his school a couple times to hang with him and his classmates, so we could all get to know each other….and, have little races the kids got a kick out of.  Kivan was a cool kid. 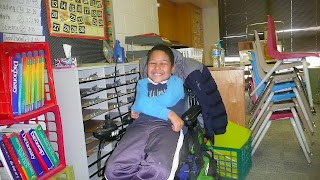 Finally, whether it was with my family growing up, with Noe walking the 80s and 90s Midland streets, or with Joey out as a couple, I hope we been able to help people “see.”  I know they’ve helped me.